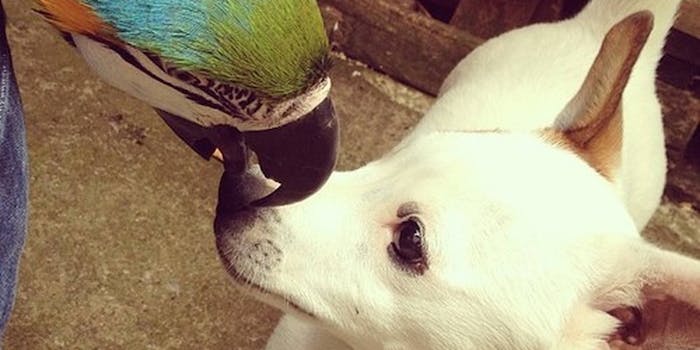 Daily Fluff: Dog and parrot no longer speaking after incident

Murray and Twister tustled over getting gelato instead of ice cream.

Murray the dog and Twister the parrot used to be best friends. But then came the incident.

Last Monday, the two were out at the park — part of their usual Monday routine — and things were going well, according to Minnie Carrothers, a friend.

“Usually Murray and Twister get ice cream before they head home,” said Carrothers, “but for some reason, Murray got it in his head that he wanted gelato instead.”

After a heated argument, a frustrated Twister nipped Murray on the nose.

“Now they won’t even speak to each other,” said Carrothers. “Stupid, right? I mean, gelato and ice cream area really similar.”