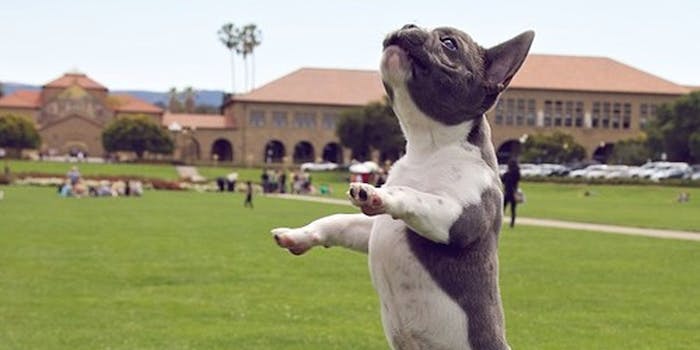 Simba apparently enjoys eating and shopping at "the most pretentious places."

According to numerous reports out of the Bay Area, a dog named Simba has been cavorting around town pretending to be human. Simba has been spotted all over the city — whooping it up at hot SoMa night spot Bootie, getting some work done at Stanza Coffee, making numerous trips to the Union Square Apple store, and chowing down at trendy Nob Hill eatery, Sons and Daughters.

“Not only does Simba think he’s people,” said Marjorie Phillips, a source close to the situation, “but he’s kind of a douche. I mean, he eats and shops at the most pretentious places.”

Phillips suspects that Simba has run up quite the credit card bill and doesn’t believe he’ll be able to keep up his two-legs charade much longer.