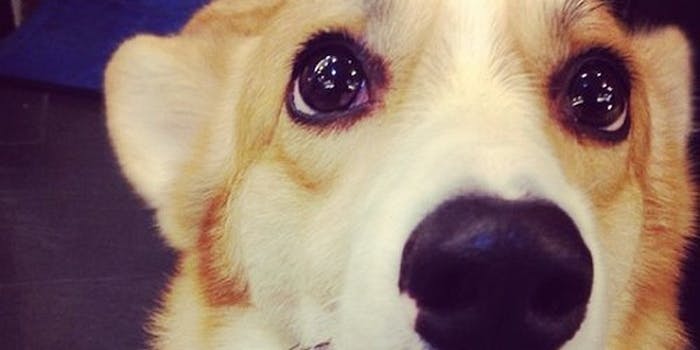 Daily Fluff: Report: Area corgi gets whatever he wants

Ajax's requests—like $230,000 on cured pork—have brought his town to the brink of financial ruin.

The town of Falls Ridge, SD is teetering on the brink of fiscal disaster all thanks to a corgi named Ajax. According to numerous reports, the dog has enormous power over the townspeople and possesses the ability to get whatever he wants.  His myriad requests over the past few months have brought the town to the edge of financial ruin.

“At first it was little things: walks, belly rubs, etc.,” said Ginny Winslow, the town’s controller and finance chief. “But then once Ajax realized what he could do he started asking for more expensive things: milk bones, chew toys, extra bacon with his kibble.”

“We’re a town of 1,500 people,” said Winslow. “Delicious though it may be, we neither need nor can afford that much bacon!”

But, she said, resisting Ajax is nigh impossible.

“Just look at him,” said Tom Marquez, a local barber. “You can’t say no. I’ve given him free weekly haircuts for a year. I can’t help myself.”

Authorities are unsure how to approach this situation and the town may need to declare bankruptcy.