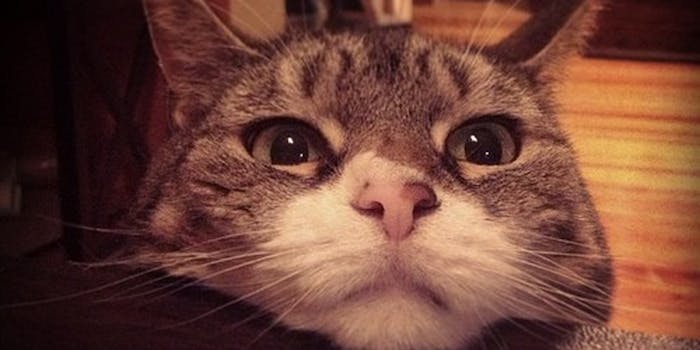 Daily Fluff: Cat gets baked on catnip, has mind blown by movie

After a late-night screening of Mulholland Drive, Ellery "kind of just say and stared into space."

Ellery the cat had a rough night — or an awesome night, depending on your perspective — after rolling in an entire bag of catnip.

“It wasn’t just the catnip that did it,” said her catnip supplier, who asked to only be called “Tito.” Apparently, after getting baked on the ‘nip, the cat decided to pop in a DVD. “Mulholland Drive. You know, by David Lynch? That movie is trippy; it blew her mind.”

After that, Ellery kind of just sat and stared into space. Her little kitty brain trying to put together the story. What’s real and what’s imaginary?

“She sat there at the table until well after midnight, not even blinking,” said Tito. “Then she went to bed. She has’t gotten up yet.”