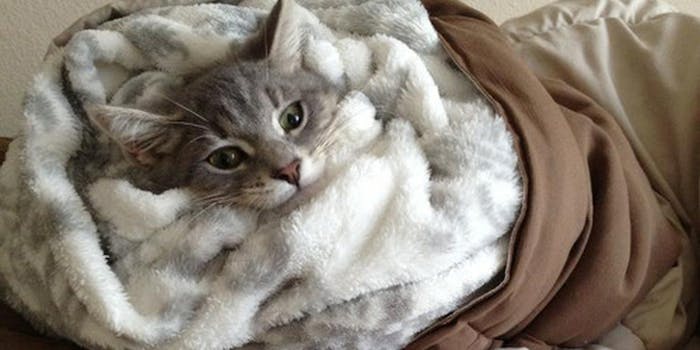 Skittles has broken out the Gore-Tex and comforters, but space heaters and sweaters are on the horizon.

According to multiple sources familiar with the situation, a local cat named Skittles is fully prepared to endure the winter of 2013-2014, and it’s only September.

“She doesn’t mess around,” says Hubert McKensey, Skittles’ longtime neighbor. “The slightest hint of fall weather sends her rushing to the attic to break out the Gore-Tex. She hates being cold, even a little bit.”

At present, Skittles is bundled up in about 13 layers of comforters, but that’s just the beginning, according to Callie Baumbach, a friend. “Expect at least four sweaters and a heat fan by mid-October.”