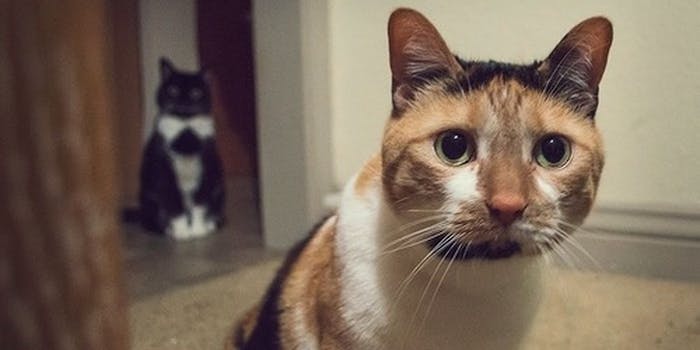 Mustard refused to wear his tuxedo.

Mustard the cat, seen above just before he was fired, was let go from Vino’s Ristorante where he had been working as a valet parking attendant for the past two months.

According to co-workers, Mustard was a great cat, but wasn’t the best worker.

“He’d show up to work late, get customer’s cars all furry, nap on the job and he’d never wear his tuxedo,” said Megan Patel, a server at the restaurant.

It was that last point that did Mustard in, said another coworker, Michael Grant.

“I saw Mustard getting chewed out by his manager for not wearing his tux a few minutes before they fired him,” said Grant. “I’m sure that was it.”