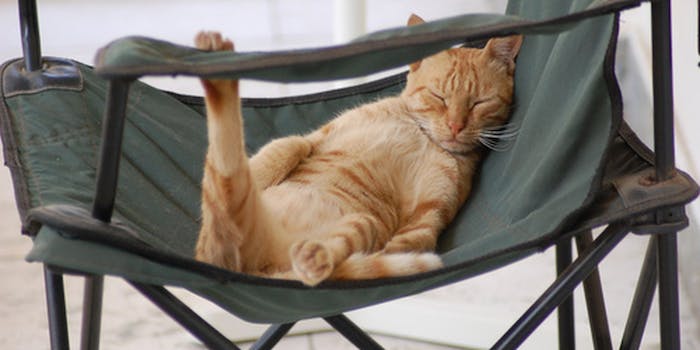 Daily Fluff: Cat makes the most of summer

Area cat Martin is taking full of advantage of summer vacation. Martin, who works as a school bus monitor, has the entire summer off, and does not intend to lift a paw unless necessary.

Friends report that the kitty naps at least six to eight hours per day.

“He’s out there by the pool by 10 each morning,” said Lindsay Montross. “He’ll break for lunch around 1, then he’s back out there from 2 until dusk. Napping away in his camp chair.”

Of course, said friends, that’s not much different from his life during the school year, during which his job demands wakefulness in the mornings and afternoons, but generally allows for plenty of napping time during the day.