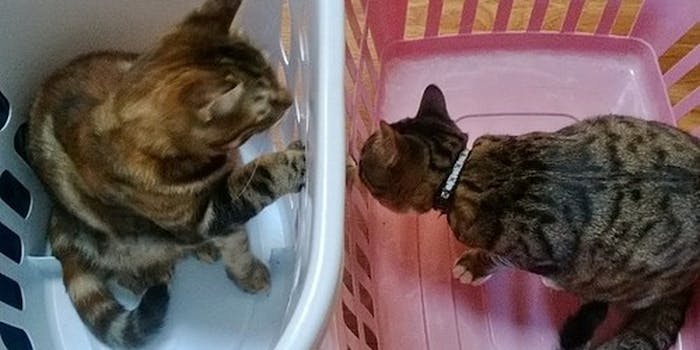 Two cat prisoners, Keeley and Boomer (also known by the gang names: Whiskers and Fluffernutter), attempted to escape the upstairs Hamper Correctional Facility late last night. Their break out was thwarted by alert guards who noticed that their cells had been tipped over sometime after 10 PM.

The pair, who were housed in adjacent hampers, apparently hatched their plot by passing notes during their daily time in the living room exercise yard. Apparently, the crumpled balls of paper they batted around the yard were actually detailed escape plans.

The cats were apprehended and returned to their cells.