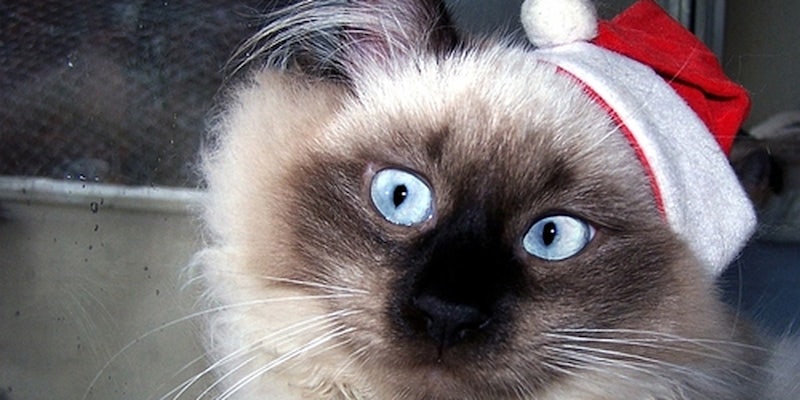 Sparks doesn't care if his electric bill runs $900 for the month of December.

“If he had his way, he’d have those decorations up right after Halloween,” said Tom Marshall, who shares an apartment with Sparks the cat.

Sparks loves Christmas. In an over-the-top, fake snow in all the windows, who cares if the electric bill is $900 kind of way. He loves Christmas. But his roommates make him wait until after Thanksgiving to hang up any decorations.

“It just doesn’t feel right earlier than that, you know?” said Marshall. “It would lose some specialness.”

This year, it was hard to reign Sparks in, though, with many department stores and malls putting up their holiday decorations beginning in October.

“Every year it slides back just a bit more and it’s harder to keep old Sparks in check,” said Marshall. “But as soon as his fork pushed that last bit of turkey into his mouth, he was up in the attic dragging down the boxes of decorations. And poof, before you know it, we’re living in Santa’s Village.”