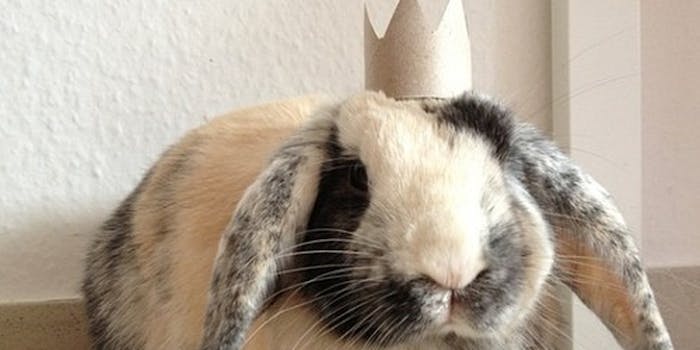 All hail King Barney, new bunny king of the downstairs!

In a coronation ceremony yesterday, Barney, a two-year old rabbit, was officially crowned king of the entire downstairs area. The ceremony marks the end of six months of uncertainty following the death of Barney’s uncle, Thaddeus, the previous king.

When King Thad passed without a direct heir — unusual among rabbits — there was a long and drawn out battle for succession.

Barney was the eventual victor and was officially anointed king by the Kitten Pope yesterday.

His dominion stretches all the way from the disputed territories at the edge of the Dining Room Providence, to the couch cushion fort that watches over the Television Sector, back to the island in the Kitchen and over to the steps of the Upstairs Lands.