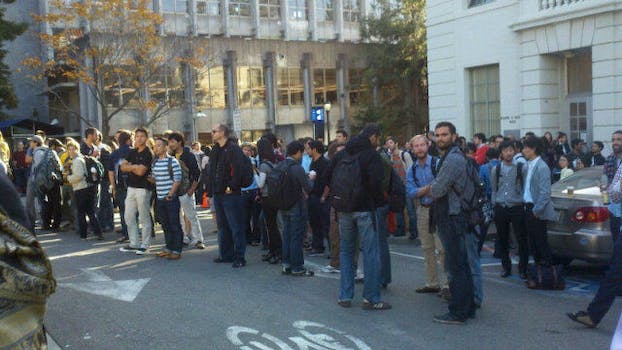 Berkeley newspaper gets campus shooting news out with Storify

Its website overloaded, a campus newspaper gets news out about a shooting in real time using a social storytelling tool.

The news must get out.

As news spread that a suspect wielding a weapon had been shot by campus police at the University of California at Berkeley, editors at the campus newspaper, the Daily Californian, found its website overloaded by traffic.

So they turned to Storify, a tool that assembles tweets, photos, and other fragments of media shared on social networks into a coherent story. (Full disclosure: We’re fans of Storify at the Daily Dot, too.)

Here’s how the Daily Cal told the story: