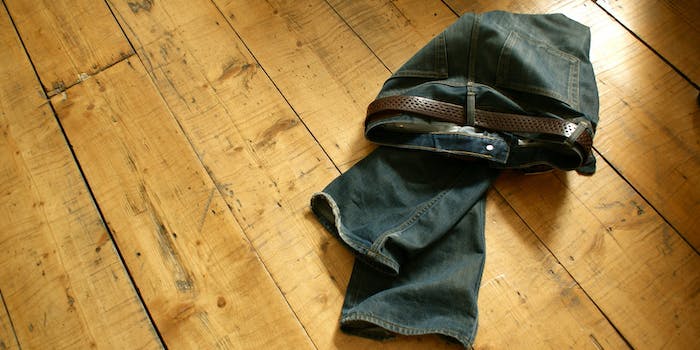 Fighting injustice and crime—one pant leg at a time.

This might be the closest we’ll get to seeing a dad demonstrate a superpower.

How do you put on pants while holding a sleeping infant in your arms?With a child fast asleep in this dad’s arms, the time running down, and a desperate need to put pants on, all seems lost.

Logically, he could hand the baby over to someone else or put it down, but that could prove to be disastrous; like cutting a wire, everything could potentially go sour with a single wrong move. And, as much as some would like pants to be optional, every superhero needs to have some form of clothing on to face the world.

So what’s a Super Dad to do?

With the perfect soundtrack and the right amount of maneuvering, a minor miracle occurs.

Super Dad saves the day! His next nemesis? Shoes.