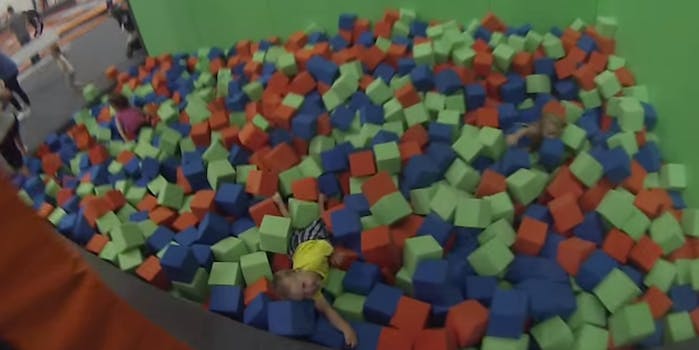 GoPro dad flings his kids into a foam pit

Bouncing without the actual effort.

Plenty of people have jumped straight into ball pits before, but that might be nothing compared to a foam pit.

One dad decided to take out the GoPro camera during a family trip to the Flight Trampoline Park in Albany, which is full of foam pits and trampolines, and instead of idly watching, he decided to take part in the fun.

We’re not seeing anything revolutionary like an animal’s mouth during a hunt or what the inside of a dishwasher looks like, but we do get to see the joy from a child’s face after being tossed into a foam pit. And it comes along with the slightly jerky feeling of bouncing on a trampoline.

It almost feels like we’re moving along with him.