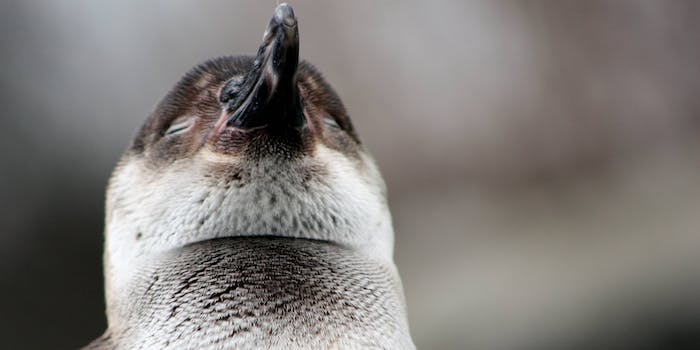 It's the NSFW-est of NSFW Dad Jokes.

What do you get when you buy your avuncular 89-year-old dad ice cream?

An extremely NSFW bestiality joke, thanks to Redditor (and former Connecticut TV meteorologist) Geoff Fox, who posted the following adorable clip on r/videos.

We’re not going to spoil the punchline, suffice it to say you’ll probably never look at penguins and a vanilla ice cream cone the same way again. Here’s wishing Mr. Fox, Sr. a promising career as a stand-up comic.