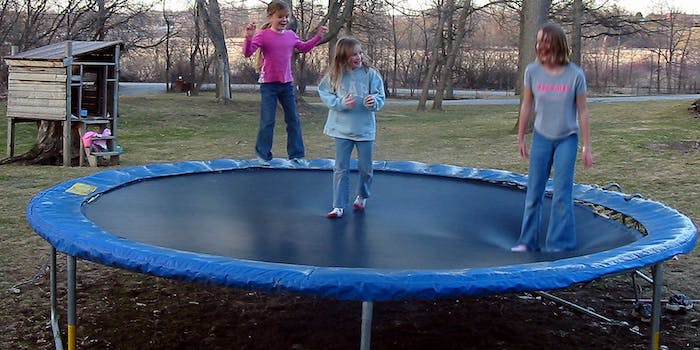 You're going to need a bigger trampoline.

You don’t have to be a kid to play with a garden trampoline, but trampolines usually have a weight limit—and one dad recently learned the hard way what happens if you go over that limit.

YouTube user Richard Page was playing “earthquake” with his kids, bouncing high enough to make them fall over on the trampoline. It all went fine until he jumped just a bit too high and tore straight through the surface of the trampoline. Oops?

Luckily, it looks like the kids just thought this accident was hilarious. Their dad will probably find it a lot less funny when he ponies up for a new trampoline.

Photo via Matthew Ingram/Wikimedia (CC BY 2.0)