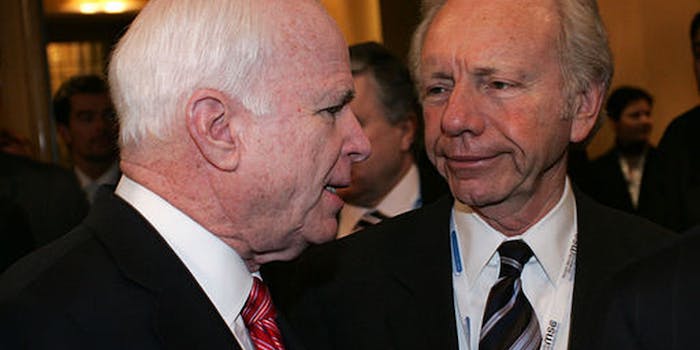 Considered an alternative to CISPA, the act is designed to help prevent cyberattacks on American infrastructure.

It seems everything is falling into place for the new Cybersecurity Act of 2012. On Thursday, the revised bill, which has three new Democratic sponsors, received nods of support from both President Obama and Senate Republicans.

The Cybersecurity Act, also called Lieberman-Collins, is in some ways the alternative to the Cyber Intelligence Security Protection Act (CISPA). Critics say CISPA would give government agencies too much power to spy on citizens’ private activity online.

Both bills are designed to prevent, or at least mitigate, cyberattacks on American infrastructure. Lieberman-Collins’s approach is to mandate that important companies adopt increasingly tougher cybersecurity measures on their own.

To that end, five senators have been hunkering down to find a way to compromise to get the bill  past the Senate. A procedural vote is scheduled for Friday, though it may actually come Thursday.

The White House has long hinted that it preferred the Cybersecurity Act of 2012, but on Thursday it confirmed that stance explicitly:

“The Administration strongly supports Senate passage of S. 3414, the Cybersecurity Act of 2012. While lacking some of the key provisions of earlier bills, the revised legislation will provide important tools to strengthen the Nation’s response to cybersecurity risks.”

In April, the White House formally issued a threat to veto CISPA, though some, like CISPA’s author, Rep. Mike Rogers, have speculated that Obama will back down from that threat. That looks less likely in light of the White House’s clear support of a competing bill.

John McCain (R-AZ) and Kay Hutchison (R-TX), who cosponsored yet another cybersecurity bill, called the Secure IT Act, said they would vote for the Cybersecurity Act if they could address their concerns with amendments to the bill.

Senate Majority Leader Harry Reid indicated he was open to that solution, saying he hopes to vote on amendments to the bill next week.