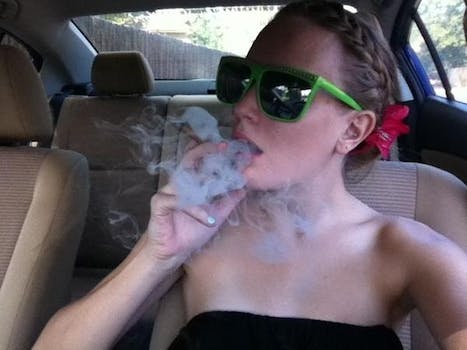 The line between appropriate and unacceptable behavior online for teachers is murky at best.

Thanks to Carly McKinney, better known on Twitter @crunk_bear, we know that posing topless, upside-down in your underwear is a sure fire way to get in trouble at a teaching job.

McKinny, a Denver-area high school teacher, is on administrative leave after a local news station brought attention to her scandalous Twitter account, which made multiple references to drug use and contained several racy photos. But for most educators, when it comes to using social media, the line between appropriate and unacceptable behavior is much more nuanced.

“Many teachers believe they have the absolute First Amendment right to post anything they want on social media networking sites, including party pix and diatribes about the boss,” offers National Education Association (NEA) Assistant General Counsel Michael Simpson. “After all, they’re on their own time and using their own resources. Sadly, the courts say otherwise.”

In a blog post on the NEA’s website, Simpson cites three separate cases in which teachers have unsuccessfully sued on First Amendment grounds after being fired for their actions online. Simpson said that although public schools have a lot of leeway when it comes to firing nontenured teachers, educators can fight administrative actions that are discriminatory or violate free speech. But the scope of First Amendment protection for teachers is very limited.

“[T]eacher free speech rights are fairly limited: their speech is protected only if they speak out as citizens on ‘matters of public concern’ and their speech doesn’t disrupt the school,” he writes.

Meaning that McKinny and other teachers posting similar content will likely find no recourse in First Amendment protections, since it easy to argue their speech is disruptive to the school. In McKinney’s case, students have already begun a campaign to #FreeCrunkBear.

But to keep teachers from finding themselves in such predicaments to begin with, more and more schools are adopting social-media policies that govern what teachers can say and who they can say it too online.

Missouri lawmakers found themselves back-peddling last year after trying to enact legislation that would have essentially barred all teachers from using sites like Twitter or Facebook because such sites allow exclusive communication with students under the age of 18. The provision was part of a larger bill aimed at protecting students from sexual assault by school employees. The revised language merely calls on school districts to adopt their own social-media guidelines.

New York City schools also made national headlines last year when they announced a new policy that would forbid student teacher-contact via social media except on dedicated classroom pages. As in Missouri, the NYC guidelines stemmed from the concern over inappropriate relationships between teachers and students. According to the New York Times, in 2009 there were 14 accusations of inappropriate conduct between students and teachers involving Facebook in New York City public schools. In 2011, there were more than 69.

But the laws are a source of consternation for educators, who feel it limits their use of an important educational tool. Bronx high school teacher David Roush told the Associated Press that shifting cultural trends made social media the best way to reach students and parents.