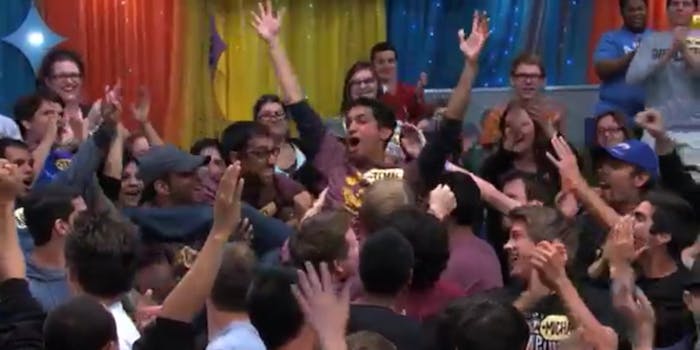 This guy took "Come on down" to the next level.

We’ve all had our The Price Is Right fantasies. We’ve dreamed about being called to “Come on down,” of spinning the big wheel, of having a Plinko board in our house.

The show, now hosted by Drew Carey, has had its share of notable contestants. On a recent college-themed epsiode, one contestant was asked to come on down, and his impromptu entrance is the best thing we’ve seen today. It really doesn’t even matter if he won anything.