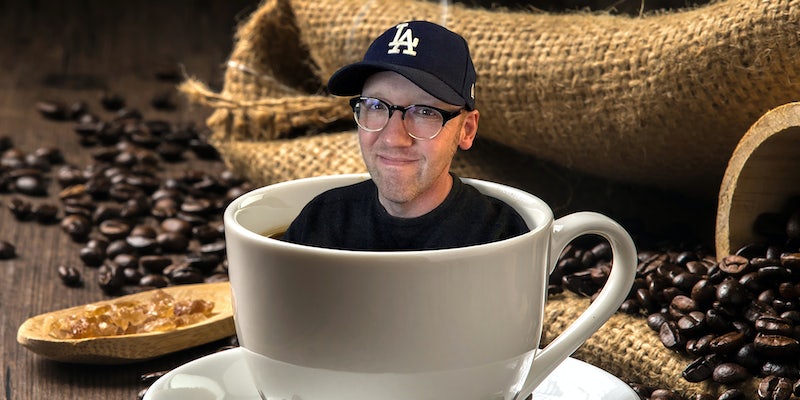 The litigation attorney of 11 years switched careers and created a baseball newsletter with thousands of subscribers.

This week, we caught up with Craig Calcaterra via email. Calcaterra is the creator, writer, and editor behind Cup of Coffee, a daily baseball, news, and culture newsletter. He has over 12,000 newsletter subscribers and over 55,000 followers on Twitter. Calcaterra was a litigation attorney for 11 years but changed paths when he became the lead national baseball writer for NBC Sports. He’s been featured in National Public Radio, Bloomberg News, MSNBC, Yahoo, Bleacher Report, Baseball Prospectus, and more.

The interview below has been condensed and edited.

What’s the first thing you do to start your day online?

I write a daily newsletter that goes out at 7AM, so when I wake up—usually between 5 and 5:30—I scroll back on my social media feeds to see what, if anything, I missed overnight. There’s nothing I hate more than finding out that I missed something while I was asleep.

When I began writing full time in 2009, I wish I knew just how messed up the ad-driven media economy was going to become. Moving to a subscription-based model in 2020 was the best decision I ever made. I wish I had the foresight to have done so years earlier.

When did you realize you’d broken through and become a successful creator?

While working for NBC Sports, I was in a taxi in New York and the little video screen in the back was running one of my video segments. To that point I sort of felt like everything I wrote and did just sort of disappeared out into the ether. So that was fun.

If you hadn’t become a creator, what would you be doing right now?

I practiced law for 11 years before all of this, so I imagine I’d still be doing it. Most likely for the government.

What’s one thing you do to manage your relationship with your fans?

Mostly I try not to think of my readers as fans. The day I start thinking they’re showing up because of me and who I am, as opposed to what I’m writing, is the day I’ll stop doing the thing they began reading my work for in the first place. A creator is only as good as the stuff they create.

What do you think of the idea of cancel culture?

Cancel culture is a bogus phrase made up by people who are appalled that, for the first time ever, people in positions of power and prominence are beginning to experience consequences for the misguided and hurtful things they do and say. It’s easy not to fall prey to so-called “cancel culture.” Don’t be a horrible, thoughtless person.

How much of your true self do you show online?

It’s pretty much all out there. What you get from me online is what you’d get from me if I were in your living room.

Does marrying my wife count? We met via Twitter. If that doesn’t count, I’d point to a time around five or six years ago when I was dealing with depression and a follower, noticing something I said that seemed off to them, made a point to message me to see if I was alright. To be honest, I wasn’t aware that I wasn’t alright, so the conversation was both eye-opening and helpful. They continued to check in on me and made sure I followed up, talked to a therapist, and genuinely showed me they cared. This was a person I did not know at all, by the way. Just someone who had read my work for a long time, could tell that something was up, and cared enough to help.

What is your most treasured tool?

Black coffee. And a frightening amount of it at that.

What holds you accountable?

My kids. They don’t realize it and would probably roll their eyes if I told them that because it’s sappy as hell, but they do. They do it via me asking myself, often, “if I got hit by a bus today, would my kids be proud of what I had done with my life? Would the last thing I did be something I’d be proud to have as the final piece of my legacy?” Most days that last thing I did is kinda boring or pedestrian, of course. But not wanting that last thing to be bad or petty is a pretty good way of maintaining a pretty decent body of work.

Thank you, Craig, for talking with us!

We’ll be featuring a new Q&A with a creator every week, so shoot an email to [email protected] for a chance to be included.