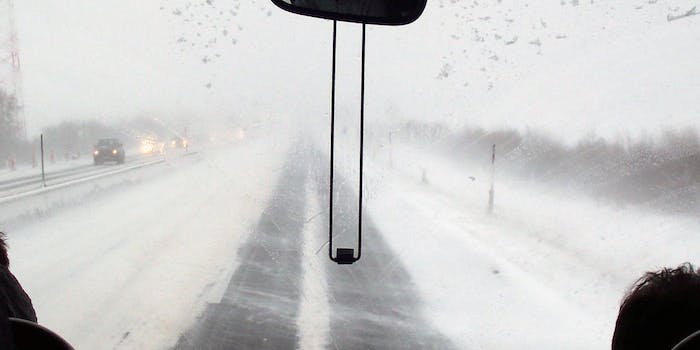 After watching this video, you'll never want to go out on the icy roads again.

Interstate accidents during the winter are more commonplace than dust bunnies, but the drivers aren’t usually ejected Top Gun-style during collisions.

The Ohio State Highway Patrol released this clip of a January crash this week, and it’s all we can do to avoid covering our eyes as it plays out.

Astoundingly, the driver survived. He told Fox 8 Cleveland that he doesn’t recall the accident or being ejected from his SUV—just sliding and waking up on the highway.