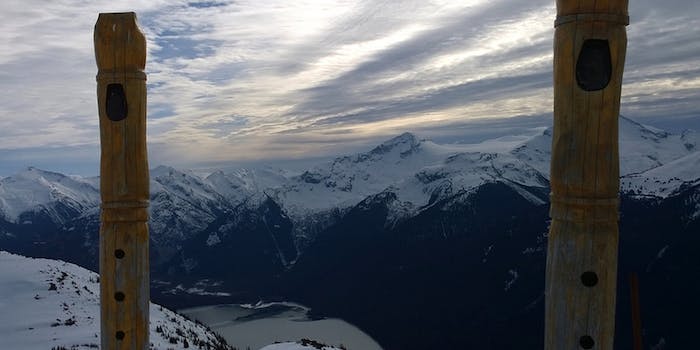 It's not quite music, but man is it great.

The recorder is the worst instrument of all time.

While there is no way to empirically prove this, I feel like it’s objectively true, and that most people with ears would agree. I cannot think of a musical artifact with less cultural cache. I associate nothing with the recorder besides third-grade music class; the only thing it brings to mind is fake musicianship.

The recorder is allegedly capable of 64 notes, but from my experience that number seems closer to eight. In the press campaign ahead of Tame Impala’s Currents, nobody said, “You know, I heard Kevin Parker was bringing out a recorder in the studio!” Just Blaze does not sample the recorder. It is administered specifically to people who can’t muster the discipline or posture to master the flute or the clarinet. The recorder is basically a longer kazoo.

All that being said, the recorder may ultimately enjoy redemption as the funniest instrument yet produced by mankind. The Internet is all about bizarre alchemy, and as it turns out, if you use the recorder to poorly cover contemporary pop gems, you end up with some vital shit.

Absolutely outstanding. This is immortal. Why did it take us this long to discover this magic? You can recreate this over and over again and it will never not be great.

Have you ever wanted to hear “Wrecking Ball” on recorder? You can.

What about Iggy Azalea’s “Fancy?”

Or the Jurassic Park and 20th Century Fox theme songs?

The OG of shitty recorder maestros is a guy named Matt Mulholland. He’s been doing this since 2009. Not content to make his stand with bad bitrates and static images, Mulholland puts together gauzy, set-piece-intensive music videos to fully immerse you in the recorder’s hideousness.

Here’s his tearjerkingly epic take on Celine Dion’s “My Heart Will Go On.”

I know what you’re thinking: “Luke, this is great, but what should I do for the holidays?” Don’t worry, Mulholland has your back. Here’s his “Silent Night,” which I can only describe as a “recorder power ballad.”

Oh, and one last thing. Apparently there are people out there who are making earnest recorder covers of pop songs. They’re not quite as aggressively shitty as the videos above, but you’d be hard pressed to tell the difference. For instance, do you think this lady’s take on “Bad Romance” is a joke?

What about this dude’s extremely heartfelt muzak rendition of Coldplay’s “Clocks”?

Watching people play the recorder—whether in a deliberately amateur style or with arresting soulfulness—is my new religion. There’s simply nothing in music that compares.

Photo via Ruth Hartnup/Flickr (CC BY 2.0)