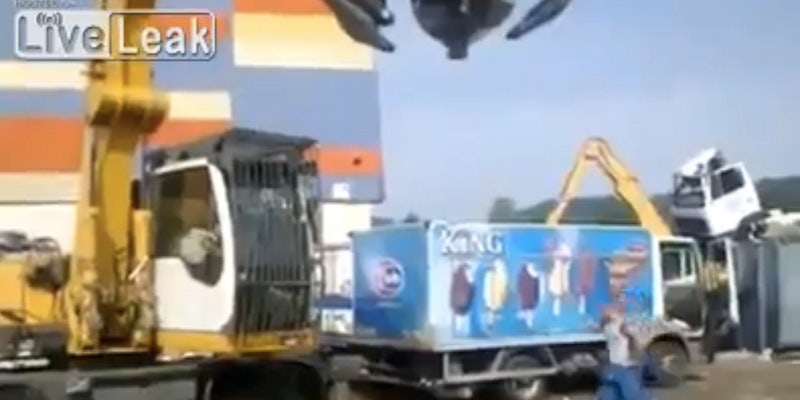 Be honest: How many times have you wanted to do this?

Who hasn’t dreamt of going Hulk-smash on a vehicle that’s blocking them in a parking lot?

You can live vicariously through this bonkers LiveLeak video of a foreign crane operator who’s apparently been pushed to wit’s end, destroying a truck in its path with the effeciency of a garbage disposal.

A disclaimer: All signs point to this video being staged. It appears to have been filmed in a junk yard, and the vehicle looks like it was left in neutral. Still, it’s pretty righteous.