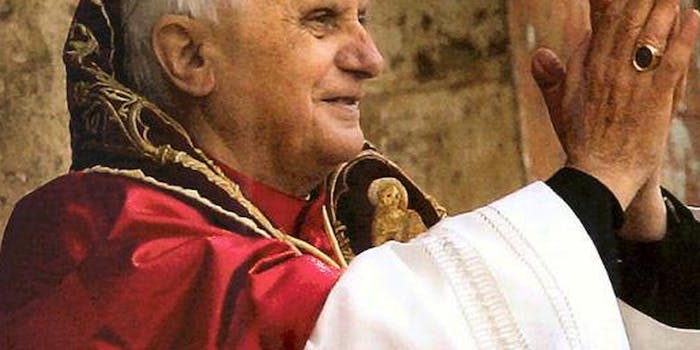 Craigslist now accepting applications for the next pope

A job listing for "Bishop of Rome / Successor of Saint Peter / "The Pope" showed up on Craigslist's Roman site shortly after Benedict announced the news that he'd step down Feb. 28.

Anybody out there near Vatican City need a new job? Craigslist Rome is listing an opportunity for the Leader of International Religion.

Pope Benedict XVI’s resignation announcement caused a hailstorm around the Internet this morning, with jokes getting cracked and questions being asked about who’s most fit for office. On Craigslist, one merry prankster had another idea: to solicit applications for the papal seat.

A job listing for “Bishop of Rome / Successor of Saint Peter / “The Pope” showed up on Craigslist’s Roman site shortly after Benedict announced the news that he’d step down Feb. 28. The listing, which unsurprisingly comes attached to an anonymous email address, explains that “the Catholic Church is again looking for a Pope to control the Holy Masses.

“Please note that this position is highly competitive, with applications expected from superstars including Beyoncé, and so not all applicants will receive knowledge of their application.”

(To be honest, I don’t think that Beyoncé is ready for that jelly.)

The job apparently entails conducting mass, ruling on key religious decisions for the Catholic Church, engaging with key media organizations, and waving incense at functions and events. Oh, and there’s also tweeting—the Pope’s sweet, sweet tweeting—which comes part and parcel with the rest of the obligations required for the job.

Word is that the ideal candidate with demonstrate an ability to disregard any scientific or other breakthroughs that would throw doubt into the religion, exercise a working knowledge of the Catholic Church, and maintain “a highly homophobic attitude.”

No computer skills, aside from that tweeting, will be required.

The listing wraps up by linking to Wikipedia’s entry on the papal conclave, that esteemed meeting of the College of Cardinals that convenes every time the people needs to elect a new pope. Think of them like a corporation’s board of directors, then freshen up your résumé. Here’s hoping the Bishop of Rome receives some pretty solid health insurance.