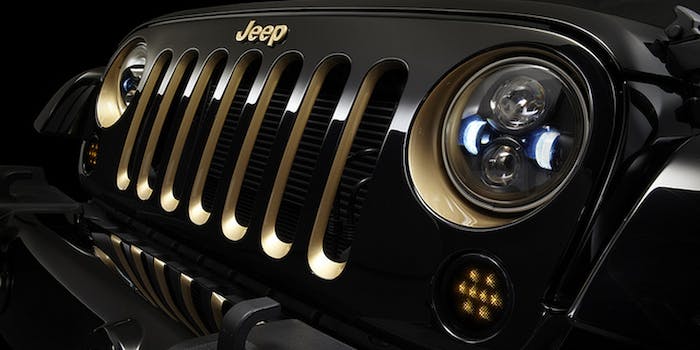 There are 45 incredible reasons why you should buy this Jeep

"This is the All American chariot of the free world.”

If you buy this Dallas bro’s 1997 Jeep Wrangler, you can expect no less than 45 amazing things to happen to you, including more chest hair, sex in the yard, a higher salary, and bar fights.

That’s the hard sell of a priceless Craigslist ad that’s been rescued from oblivion by the dudes at BroBible, and it’s incredible. The ad begins:

The ad says that the car will only be sold to a pure “American species.” It goes on and on with ridiculous gems. An except: “If you are looking for the kind of jeep that has to be pansy parked in the garage, so the ’carpet doesn’t get wet and soggy’ Then you should plant your Obama sticker on some Japanese piece of shit. Cause this thing has drain holes in the floor and rhino lined to let the blood drain out from the buffalo you just killed, with your bare hands. Because you are William Wallace from Braveheart and when you get home you can leave your ‘sissy sponge glove car wash kit’ in the pink bucket it came in.”

It then lists out the aforementioned life-changing events that will occur when you buy the car, some of which are just names like “Chuck Norris” and “John McCain.”

I imagine the ad was eventually pulled because someone in morning radio hired this guy.