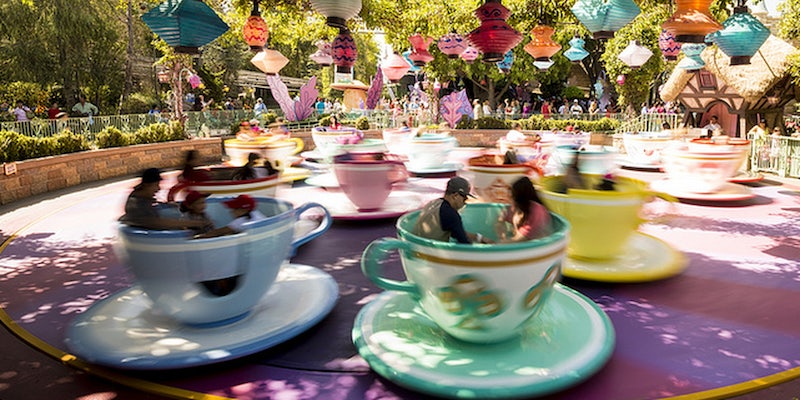 When Rosario Yepiz posted his 1999 Lincoln on Craigslist, he did so with a goal in mind: Funding a trip to Disneyland for his daughter’s birthday on Dec. 4. And the Lodi, Calif. man took the necessary precautions after finding a buyer, knowing the site can attract shady types.

He still ended up getting carjacked.

According to KXTV’s News 10, Yepiz told the prospective buyer to meet him in the parking lot of a Denny’s, in the middle of the day, and brought his wife and two kids with him. A man and woman arrived, and the man suggested they do a test drive, while the woman waited in their car. The man also suggested Yepiz drive:

“I just try to give him the keys, and I say, you drive. And he’s like, ‘no, no you drive; the car is not in my name, and we haven’t done no paper work or nothing, so it’s in your name,'” Yepiz said.

As the two drove away, Yepiz’s wife, Guadalupe, monitored the woman in the other car, noting that she’d moved from the passenger seat to the driver’s seat. The woman then drove away, and Guadalupe wrote down the license plate number, sensing something wasn’t right. At about that same time, Rosario was being carjacked, and left on the side of the road.

The San Joaquin Sheriff’s Department has descriptions of the two suspects, and the car they were initially driving was also reportedly stolen. For now, the Yepiz family is not going to Disneyland, though, this being the Internet, people are already looking for ways to help them.