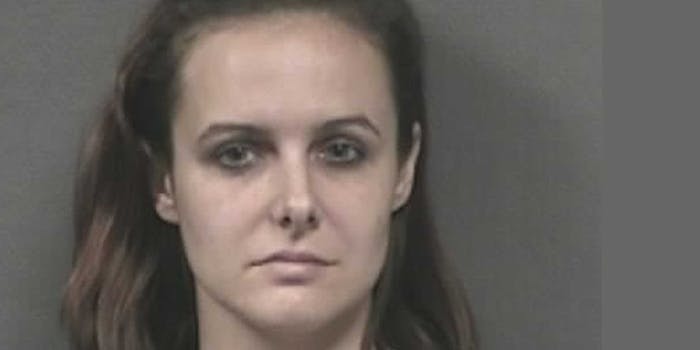 There are official procedures for adopting children, and Craigslist doesn't play a part in any of them.

A Texas woman has been arrested after trying to use Craigslist to dump off her unwanted 3-year-old son. Stephanie Redus, 29, told police she’d been suffering from depression and anxiety in the days before posting the ad, but she couldn’t take medication because she’s pregnant with another child.

She signed her May 1 post with the name “Desperate.” It read:

Hi, I’m trying to adopt out my three year old son. I’m not in a good place in my life and don’t feel like I can care for him properly, but I don’t know where to start. If you or know anyone who is interested in caring for him please let me know. I’m a single mom and can’t do this. Thanks, Desperate.

Kids are a little different from concert tickets or beer-sodden old Ikea furniture. There are official channels and procedures you need to follow before handing them over to a stranger. And, unsurprisingly, Craigslist plays no part in any of them. Redus has been charged with “advertising for placement of a child,” a misdemeanor. The charges could be upgraded, however, according to Houston-area ABC affiliate KTRK. Since the crime took place over the Internet, police aren’t actually sure what charges they can file. They said they’ve never seen anything like it before.

We have, however. And frankly when it comes to abandoning kids over the Internet, Redus is a minor offender. Earlier this year, 22-year-old Oklahoma mom Misty Van Horn attempted to sell her kids via a Facebook auction. The price tag for her 10-month-old girl was $1,000, but for $4,000 she’d also toss her 2-year-old into the deal. Her goal was apparently to raise enough money to bail her boyfriend out of jail.