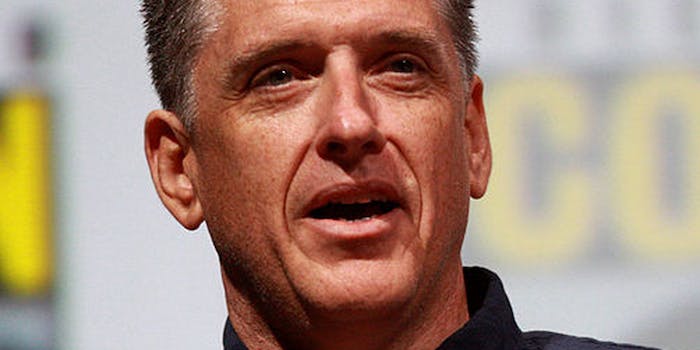 He calls it a “conscious uncoupling.”

Not content with disappointing viewers once in April, CBS has announced that Craig Ferguson, beloved Late Late Show host and America’s favorite Scot, would be stepping down.

While the channel and Ferguson are spinning this as a long-thought-out departure and not at all linked to Letterman’s retirement, it still seems suspiciously timed.

The Late Late Show formed part of Letterman’s own contract. Because the two shows were produced by the same company, one has to wonder if CBS were only holding onto Ferguson till Letterman left. But on the Monday show’s cold open, Ferguson dispelled rumors he was kicked out: “About two years ago,” he said, “I had decided after eight years … that it was probably time for me to move on and do something else.”

He said the exit was a “conscious uncoupling,” and added, “I’ll be stepping down at the end of this year, in December. Then I’ll go and do something else, probably. I’m thinking carpentry, but I haven’t made my mind up yet. I don’t know what I’m going to do yet, but I feel doing this show for 10 years, that’s enough.”

I’m sad to see Ferguson and his gay robot sidekick go. Guests who appeared on the show seemed at ease, and their pre-written plugs often became anarchic comedy sets. Perhaps, in the runup to Ferguson’s final show, we may see the appearance of some of his favorite guests. Who will replace him? That’s unclear. Some reports point to Chelsea Handler. But I would instead again propose the list the Daily Dot drew up to replace Letterman.