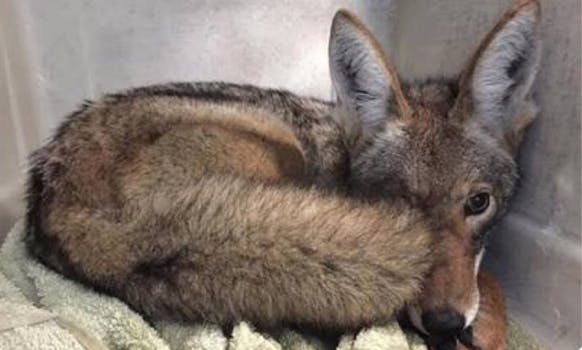 Woman freaks out her husband by pretending she adopted a coyote

You would freak out too if your wife sent you this photo.

Marriage is a dance of compromise. Sometimes it’s delicate,;sometimes it’s brutal. Sometimes your wife and her friends use Photoshop to make you think she adopted an actual coyote, and you can’t stop freaking out.

At least, that’s what it’s like being married to prankster Kayla Eby, who tricked her poor husband into thinking she’d taken in a feral animal, mistaking it for a poor, stray doggie. She put the very successful joke (or nightmare, if you’re her husband) on Facebook Thursday, and it was an overnight viral smash.

As the Photoshopped pics and innocent questions keep coming, Kayla’s guy, Justin, grows more and more worried about her safety:

Things get real when Kayla starts sending Justin photos of the “dog” sitting on the couch with their young son and implies that the coyote might be a little angry and freaked out. 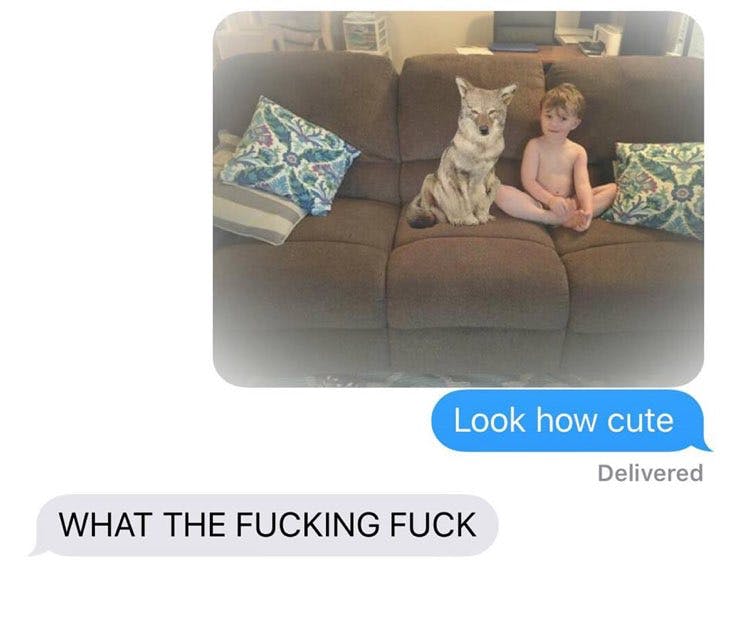 “This is an obvious prank,” you’re thinking to yourself. “Justin, how can you be so gullible?”

Well, Justin has reason to be wary around Kayla and animals. As they’re arguing about the coyote, he brings up the time she adopted not one, not two, but four freakin’ ferrets. Who does that, Kayla? Who does that?! 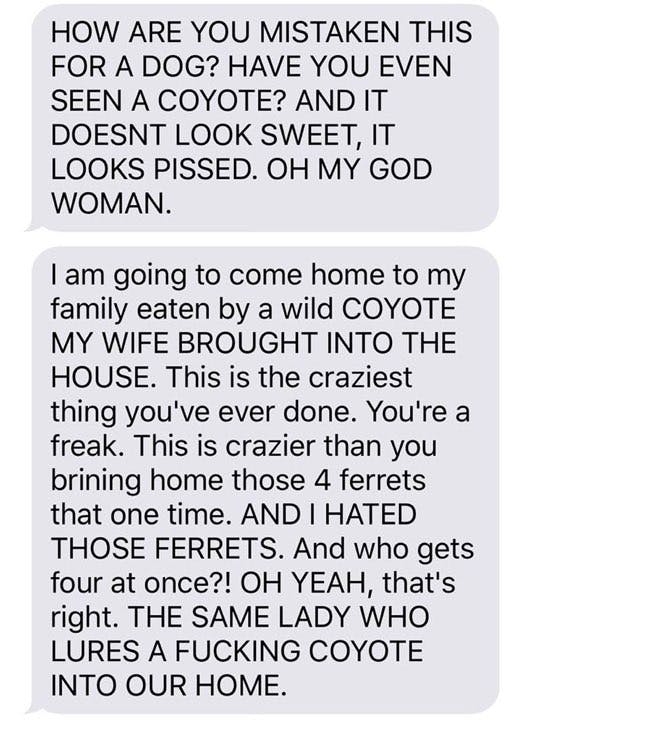 You know, if Justin can forgive her for the ferrets and the coyote prank, I think these two crazy kids have a future together.