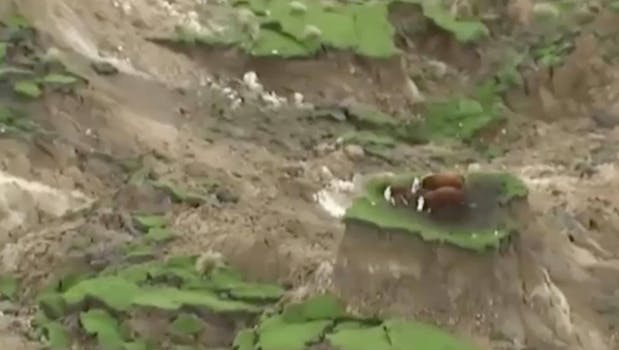 Feel the earth mooo-ve under your feet.

An earthquake ripped New Zealand late Sunday night, triggering a small tsunami and leaving at least two people dead. The 7.8 magnitude quake took out some of the country’s most important transportation infrastructure, stranding thousands of people—and at least three cows—in the process.

A news crew near Kaikoura, a tourist town on the country’s South Island, captured this incredible aerial footage.

It’s a fitting metaphor for 2016: One moment we’re enjoying life’s greener pastures; the next, the ground has literally shifted beneath us, awakening us to a new reality, cutting us off from all we used to know, and reminding just how truly alone we really are.