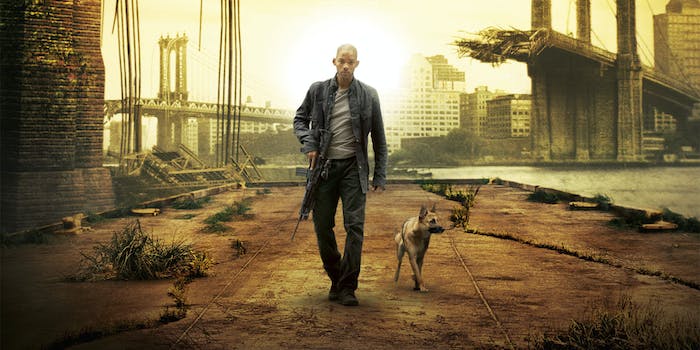 Movies are not real life, but after COVID anti-vaxxers cited a sci-fi horror film to illustrate their fears around the vaccine, it led one of the film’s screenwriters to remind everyone that his movie is, in fact, fiction.

That particular anecdote arrived in the middle of a New York Times article about the efforts that Metro Optics Eyewear, a small optical business located in the Bronx, took to get its staff vaccinated against COVID-19. While around half of the employees got the vaccine as soon as they could, others were resistant to the vaccine. Metro Optics Eyewear would offer financial incentives for people to get the vaccine, and when that didn’t work, it mandated that all employees be vaccinated or be subjected to weekly COVID tests in order to work in the eyewear stores. The hassle of frequent testing got the vaccinated employee rate up to 90%, but there are still several holdouts.

It’s the kind of article that presents a problem that’s popping up all over the country. But it largely frustrated people (some of whom are now getting annoyed at the hyper-focus on people choosing to stay unvaccinated). But it went viral not for the larger story itself but rather one person’s odd reasoning for not wanting to get the vaccine.

A few paragraphs into the article, we learn the reasons that some of Metro Optics Eyewear’s employees refused to get vaccinated, and it’s a lot of what you’d expect: Government mistrust, microchip conspiracies, and unproven infertility concerns. But one unnamed woman cited I Am Legend, the 2007 Will Smith sci-fi horror film depicting a post-apocalyptic New York after a virus takes out most of humanity and turns them into vampire-like mutants, as to why she didn’t want to get the COVID-19 vaccine.

One employee said she was concerned because she thought a vaccine had caused the characters in the film “I Am Legend” to turn into zombies. People opposed to vaccines have circulated that claim about the movie’s plot widely on social media. But the plague that turned people into zombies in the movie was caused by a genetically reprogrammed virus, not by a vaccine.

There’s a lot going on there. I Am Legend, while it was a financial success, isn’t necessarily the first film about an illness that takes out most of humanity that people think of. The woman gets the plot of I Am Legend wrong, which the New York Times corrects, but it also doesn’t stress that I Am Legend isn’t real life.

Eventually, Akira Goldsman, who co-wrote I Am Legend, weighed in.

It’s not even a new idea. A few months ago, the Washington Post posted an article about people who were initially hesitant about getting the COVID vaccine and changed their minds. One of the quotes is from a woman who thought of I Am Legend and feared the vaccines at first because she didn’t “want to be a zombie.”

The idea that I Am Legend kicked off with a vaccine turning people into zombies—when it was actually the measles virus reengineered in an attempt to cure cancer—was prevalent enough last year that Reuters fact-checked that claim in December 2020, and it’s been fact-checked multiple times since then. It is still a fear that has been cited among vaccine-hesitant people and has popped up on pro-Trump and QAnon message boards, according to Time’s Vera Bergengruen.

Even I Am Legend star Will Smith, appearing on a March 2020 episode of Red Table Talk, the talk show hosted by his wife Jada Pinkett Smith, joked that he felt “responsible” for the misinformation that was being spread about COVID in the early days of the COVID-19 pandemic because of his film. He also noted that he took a trip to the CDC to do research for the film and that “there was a basic foundational comprehension of viruses and viral pathogens that I developed and it really changed my life and how I looked at the world.”

Above all else, the reporting around this woman’s anecdote, along with the conspiracies and fears that spread around it, doesn’t mention another factor about I Am Legend: Along with getting the plot around how the virus was formed wrong, they also tend to forget that the film ends with the creation of a vaccine that will help save humanity from further succumbing to the virus.