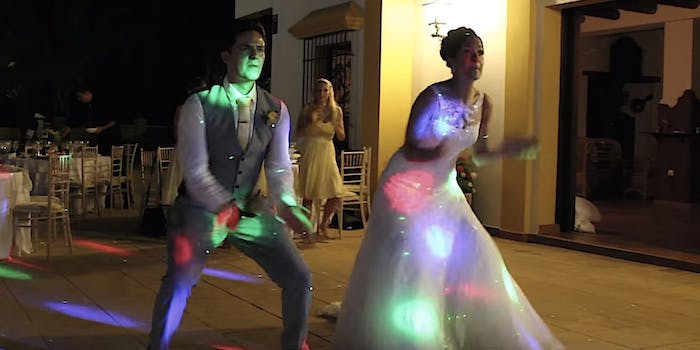 Forget about the wedding vows—these newlyweds’ first wedding dance is where all the action is.

At Dave and Hollie Smith’s wedding, the couple decided to treat their guests to a spectacular performance. Starting with some Justin Timberlake, the two break it down with some “N****s In Paris” and totally get in the mood with the classic anthem of matrimony, Sir Mix-A-Lot’s “Baby Got Back.” The bridesmaids and groomsmen get their own little numbers as well.

Whoever caught the bouquet will not only get married next, but will also have a supreme dance routine at their wedding.