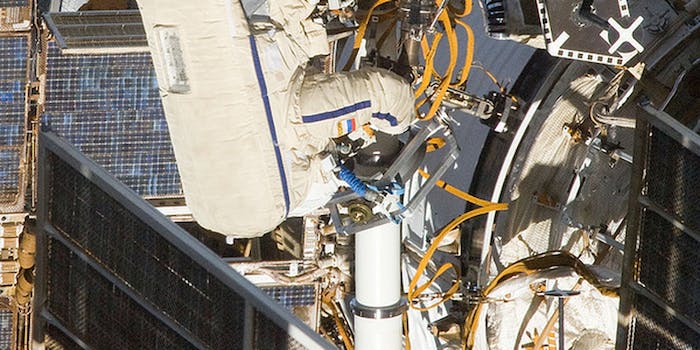 And it's still going.

In what NASA Mission Control is describing as a “marathon” operation, two Russian cosmonauts have just broken the record for longest spacewalk in the country’s history.

At press time over seven hours and 50 minutes long, the “official end of the spacewalk will be at the point at which the hatch is closed,” said Mission Control.

The walk, which you can watch streaming at The Wire, began at 7 in the morning central time. Conducted by Commander Commander Oleg Kotov and Flight Engineer Sergey Ryazanskiy, it is the 11th space walk at the International Space Station this year.

“They have shattered the previous record” for Russia, said NASA’s Mission Control in Houston.