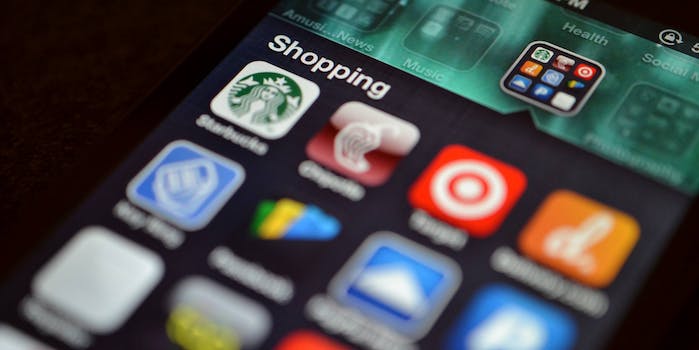 How corporations use technology to be more human

Welcome to the world of 'corpo-humanization.'

Alongside the spheres of virtual reality and chatbots, Google announced its entry this week into an entirely new fray.

At the company’s annual I/O developers conference, Google CEO Sundar Pichai unveiled Google Home, a vase-shaped device that can answer questions and control other Google devices in a manner similar to Amazon’s own digital assistant Amazon Echo. Utilizing the technology of Google’s Assistant platform—not dissimilar from the Google Now system integrated into most Android phones—the device is yet another push by the search giant to find new ways to relate and connect with customers—while also closely monitoring their data.

Between Assistant, Alexa from Amazon, Siri from Apple, Cortana from Microsoft, and Facebook’s own AI platform—simply called M—the race towards readily-available, intelligent personal digital assistants is making it clear such attempts at AI are the next major line of traffic for the tech industry. After the instant fame of Siri and modest success of the Amazon Echo, it’s obvious why a data-centered company like Google would want such an option for their own users. Digital assistants not only simplify the process of using a device or searching the Internet—they also make the user’s experience all the more intimate.

These devices offer a unique opportunity for the company’s that make them to become gradually more than simply a brand stamped on a gadget. The effort to not just make these devices smarter but, in fact, imbue them with unique personalities and quirks personifies the company in a way once thought impossible. Assistants can be clunky and functionless now—truly sentient software like Samantha from the 2013 romantic drama Her are still a long way off if possible at all. But slowly, the line between a novel voice app and an anthropomorphic individual might give the term “corporate personhood” a whole new meaning.

Companies attempt to act like people all the time, and not just in a way former presidential candidate Mitt Romney appreciates. For years now, brands have become commonplace actors on social media, engaging with and talking to consumers on a basis ranging from professional customer service to downright chummy. And not just corporations known for using humor in their marketing, like Old Spice or Bud Light. Otherwise boring companies—like Arby’s, DiGiorno, and Charmin—have proven themselves relatable, and even sharply-witted.

@DudeItsAjla We feel your love ;)

@michaelianblack whatever your "go" time is times two. Also, if checking email, add another 4 mins. #tweetfromtheseat

Such attempts at humor aren’t simple grabs for attention, though they are most certainly that. They are attempts to give a company a personality that people not only relate to but crave.

Such “corpo-humanization” was flawlessly (and tellingly) spoofed by the NBC sitcom Community. In an episode of its third season, the titular community college has installed a Subway franchise in its cafeteria, much to the dismay of armchair anarchist Britta. To fulfill a school bylaw that states any on-campus business must be owned by a student, Subway enrolls itself in the form of “Subway,” a blandly handsome and rather charming man to with whom Britta quickly finds herself smitten.

Against her initial misgivings, Britta quickly finds herself taken by Subway’s penchant for dramatic intimacy and quoting George Orwell on the fly. Britta’s conversion from an anti-consumerist warrior to brand-loving loyalist is led by the distinct and purposeful charm of Subway, a literally personified corporation (later seasons would find the same man pushing Honda all in line with Community’s own changing product placement needs).

While a provocative use of Twitter might help to foster such a devotion, being able to accomplish that same level of socializing that turns Britta whenever a consumer is actually using your device is an enviable position, indeed. Digital assistants do act as direct conduits between users and the corporation at hand, and seek an even deeper level of familiarity than you might have with, say, the Google search screen.

They are attempts to give a company a personality that people not only relate to but crave.

As Will Oremus notes for Slate, the experience of being around a device like Echo is one that can often feel inventive and new, but also quite invasive. “Even as many of us continue to treat these bots as toys and novelties,” writes Oremus, “they are on their way to becoming our primary gateways to all sorts of goods, services, and information, both public and personal.” Companies will reflect their own biases and needs in how such devices act as that gateway, “might help to explain why they seem so eager to become our friends.”

What’s a better way to do this than to give the voices speaking from these devices an affable personality—or at least a close approximation of one? When SRI, a company eventually bought by Apple, developed the technology that would eventually become Siri, engineers told the Wall Street Journal there was serious discussion about giving the app an “attitude.” Anyone who has used Siri can say that yes, she is quite snarky and even a bit arrogant, giving off the confidence one might want to have in a futuristic piece of technology.

Such apps famously even tell jokes—asking Google Now to “do a barrel roll” will send the device’s display into a complete spin, or ask Cortana who’s her “daddy” and she’ll confess “technically Bill Gates.” Much attention has been given to the gendering of such programs, as well, given its roots in societal expectations for librarians, secretaries, and personal assistants.

Such focus by the engineers on making an app personable—even conforming its behavior around social norms—suggests a strong desire to help users develop a relationship with not just the device and software but the brand itself. It’s telling that brands have succeeded on Twitter to such a degree largely due to the quick-thinking and well-developed talents of social media managers and interns devoted to putting their own spin on a company’s identity. In the rush towards digital assistants, the reverse is occurring—corporations are looking to spin a personality based on their brand.

Until the (hypothetical) development of sentient AI, however, such options are likely limited. If Ray Kurzweil, a leading engineer at Google and chief leader of believers in the coming technological singularity, is to be believed, this might not be as far afield in the future as one might initially imagine.

Kurzweil, an early innovator in the voice recognition and synthesization tech that makes apps like Assistant or Siri possible, suggests sentient AI like that seen in Her is “reasonably believable” and could be made available as soon as 2029. Most other experts agree this is likely optimistic, but the compounding nature of technological innovation makes any prediction hard to fully dismiss.

Brands can alter and adjust their AI systems to better win over you, impressing us with their wit as well as their functionality.

What could very well happen, however, is the development of AI becomes asymptotic—becoming ever smarter and smarter while never actually achieving the level of indistinguishability first discussed by pioneering mathematician Alan Turing. As this happens, brands can alter and adjust their AI systems to better win over you, impressing us with their wit as well as their functionality. As is the case with everything Google or Amazon do, however, these devices are little more than attempts to get even closer to you, your life, and your data.

Considering their unfettered access to your email, your documents, your phone history, and everything you’ve ever searched for online, it might be hard to imagine how Google could possibly grow more attached to your life. Installing an always-on device that listens and analyzes everything you say, however, is a pretty efficient method.

Consumers have balked at such offerings before. Samsung stirred the pot when a new smart TV explicitly warned users it would be recording things it heard, and Microsoft was forced to pull back from its always-on requirement for the Kinect camera on the Xbox One. But if the personality behind such an invasive surveillance tool could be likable and trustworthy enough—perhaps even knowing us on a deeper level than we know ourselves—there might be nothing you wouldn’t confess to a corporation in the name of human relation.