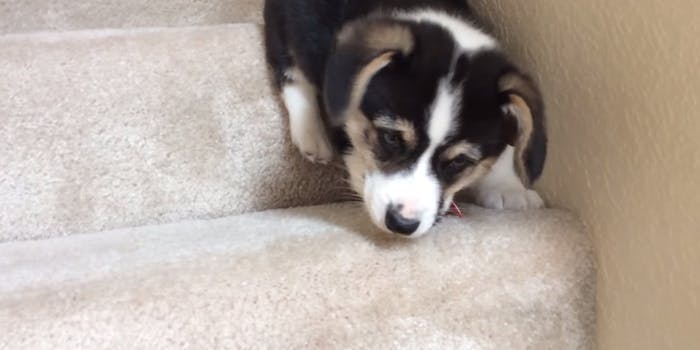 Corgi puppy struggles adorably to climb down flight of stairs

Peanut Butter the corgi puppy has an arduous quest ahead of him: descending a flight of stairs.

At nine weeks old, he found it hard work making this journey. Watch as he struggles down two or three steps before taking a well-deserved rest. He’s all tuckered out.

Yep, a baby corgi puppy can make literally anything look adorable, including the simplest of tasks.