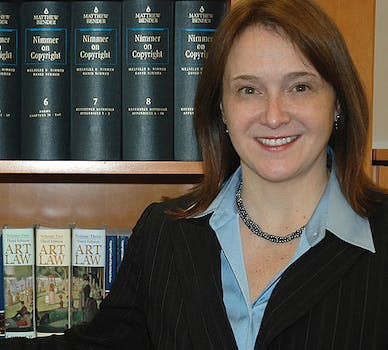 Streaming copyrighted content—as opposed to offering it for download—is currently a misdemeanor.

The head of the U.S. Copyright Office wants to be clear: We have to change our current copyright law.

“If there is illegal streaming happening, especially in an egregious, willful, profit-driven kind of way, how do you get at that activity if the best that you can do is go after them for a misdemeanor?” she asked the House Judiciary Committee, according to the Hill Blog.

While the law is vague, it’s believed that Americans won’t be penalized for consuming streaming content. Offering content to stream—as opposed to making it available to download—is currently a misdemeanor. But that doesn’t stop federal law enforcement from sometimes going to extreme measures to stop those who provide, or even facilitate, streams of copyrighted content. Infamously, U.S. officials stormed British college student Richard O’Dwyer’s house for running a streaming site called TV Shack. After years of legal wrangling and threats of extradition, O’Dwyer settled in December for $32,058.

Pallante’s feelings on streaming were just part of her vision of sweeping copyright reform. She commented that the law shouldn’t be so harsh on regular users—that “piracy should not be about the teenager downloading music at home”—but should target serial pirates who make money by infringing. And she also proposed we lessen the extreme length that a work can be copyrighted, from 70 years after the author’s death to just 50.

However, as noted by the Verge, there’s plenty of skepticism that the Copyright Office will be able to effect much change either way. That’s especially true of the Digital Millenium Copyright Act (DMCA), the 1998 copyright law that seems to cause headaches for everybody, but which content owners fear would lessen their rights if reexamined.