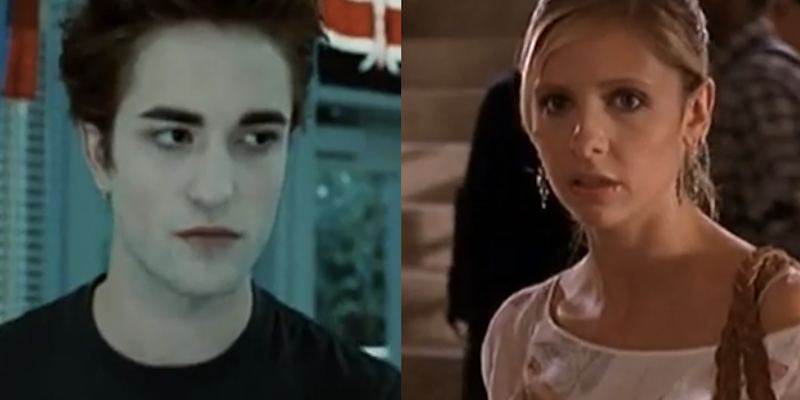 “Buffy vs. Edward” back on YouTube after 3-month legal battle

The creator of the video had to defeat two different copyright claims from LionsGate to show that his Buffy and Twilight mashup was fair use.

Its creator, Jonathan McIntosh, said YouTube offered him no explanation, simply telling him “The content has been reinstated.”

The video, 2009’s “Buffy vs. Edward: Twilight Remixed,” depicts Buffy, of Vampire Slaying fame, resisting the creepy advances of Twilight‘s Edward Cullen, eventually driving a stake through his heart. It’s enormously acclaimed, having garnered a Webby nomination and more than three million views. It even led to McIntosh, who lectures on copyright law, testifying before the U.S. copyright office about the video as an example of fair use.

But after Lionsgate acquired Twilight in 2012, McIntosh went down a rabbit hole of copyright wrangling. In October, YouTube informed him that his video “may have content that is owned or licensed by Lionsgate,” and that it may start placing ads on the video. That indeed became the case, even though, as McIntosh said, “I always turn all ads off on my remix videos and never profit off them.”

YouTube offers a counterclaim system, which McIntosh used, noting that Twilight footage constituted less than a third of his video, essentially asking Lionsgate to admit their claim was a mistake. The company almost immediately rejected that counterclaim, meaning that McIntosh needed to file a formal appeal. He enlisted a lawyer, New Media Rights’s Art Neill, to write it.

After repeating the entire process, McIntosh learned that he didn’t win his second counterclaim, and his video was removed. He wrote to Lionsgate, and learned that, as one might suspect, he was the subject of a Digital Millenium Copyright Act (DMCA) claim, under the flawed 1998 copyright law that governs how copyright is treated online. Again enlisting Neill, McIntyre issued a DMCA counterclaim.

Finally, under threat of real law, three months after its initial copyright claim, Lionsgate capitulated Thursday, and “Buffy vs. Edward” is now available on YouTube again.

“This,” McIntosh wrote, “is what a broken copyright enforcement system looks like.”