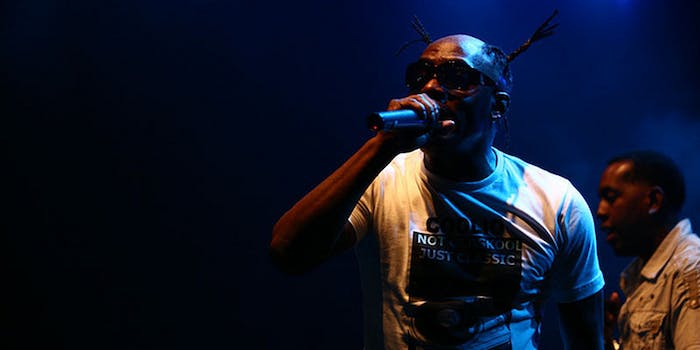 Just your average college party, with a home-cooked meal by Coolio

Coolio will come to your house, cook you dinner, and rap “Gangsta’s Paradise” with you. Seriously.

Coolio will come to your house, cook you dinner, and rap “Gangsta’s Paradise” with you. Seriously.

That’s exactly what happened to these college students who met Coolio at the VIP party after his show in Preston, U.K., this week. He told one of the students, Olivia Johnson-Aley, that he was not only a rapper, but also a gourmet chef and that he wanted to cook for her. Coolio has an online cooking show, Cookin’ With Coolio, and a book of the same name.

So the next night, the culinary expert Coolio came over and cooked caprese salad, “chicken a la daaaaamn,” and peach crumble for Johnson-Aley and her friends. He recorded it for his show, and one of the housemates posted clips on her Instagram.

The students and Coolio also had a jam session that they filmed for YouTube with an acoustic cover of Coolio’s iconic hit “Gangsta’s Paradise.”

On Reddit, the kids involved wrote up more about what happened including talking to Coolio about his time with fellow rapper Tupac, “deep and profound” thoughts on life and business, his experiences growing up on the street, and how to cook a variety of dishes.

A cranky Redditor asked why they were all filming when Coolio was over. One responded, “To be fair, who would believe this story without video evidence? I agree that one camera might have been enough. But hey, I now at least have a video of me playing guitar with Coolio from multiple angles.”

If only Michelle Pfeiffer had been there too.