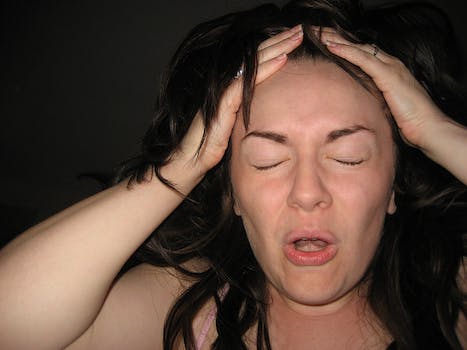 Can you guess what it is? Or more importantly, how to avoid it?

It probably comes as no surprise that I am a dating profile editor for hire.

It’s a service I offer with anyone I coach, and also one that I also offer on its own, since it can be such a terrible hindrance to dating success.

So I’ve seen lots of profiles, people. More than most. More than your average online dater.

What have I learned from viewing/editing/co-writing hundreds of dating profiles? The most common mistake people make—which they are entirely unaware of making—is this: when they enter an “age range” of potential mates.

I’ll stop here so you can think about your age range.

Ok, now I’m about to tell you if you’re in the green zone or if we have a code red on our hands. And I might piss you off in the process. I’m even pissing myself off, just thinking about it. You see, I’m not one to play by rules in life. Unfortunately, when it comes to the online dating profile game, there are some rules you have to follow if you want to be successful.

Why? Because the most common mistake that men and women make when looking for dates is the same one. They either go wayy too young or way too old. Seven years means you’re open minded, but realistic. Nothing more and nothing less.

OK. I know what you’re thinking. You’re thinking, I’m a buff, 31 year old dude, why shouldn’t I have a 21 year old chick? It’s because you’ll be holding her hair back after she drinks too many Jagermeister shots at 2:30am with her bestest 17 friends. And she’ll be boring as shit to converse with. AND you’ll have to buy her everything.

If she still sounds good to you, you’re a lost cause.

How about the girl who thinks, I’m a great 30-something catch and I want to live well. Why shouldn’t I find an older, successful guy? Because you’ll have to catch him up to speed on what youngish folks are doing, and you’ll have to remind him of things over and over. Oh, and he’ll prematurely slow down your lifestyle (and life expectancy) and go limp on you (often). I find it hard to believe this is what you truly want, unless you are a gold digger.

Dudes, I know why you want the younger chick: so you can have a hot piece of arm candy and get admired by bros wherever you go.

Chicks, I get it. It feels good to be taken out and taken care of. Plus you can brag to all of your friends how Mr. Sophisticated paid for this and that.

Are you catching onto the reason I preach such conformity online? It’s because you are sending the wrong message if your age range is like the grand canyon (or worse, like a crack in a sidewalk—don’t go too narrow, either). It’s a red flag that makes people wonder what you’re really after.

If it’s crazy sex with whomever you’re after, disregard this column and just keep doing what you’re doing. Probably using Bang with Friends.

But if you’re after anything more than a one-night stand, heed my advice. You’re going to get a lot further in life and love if you stick to the seven year rule.