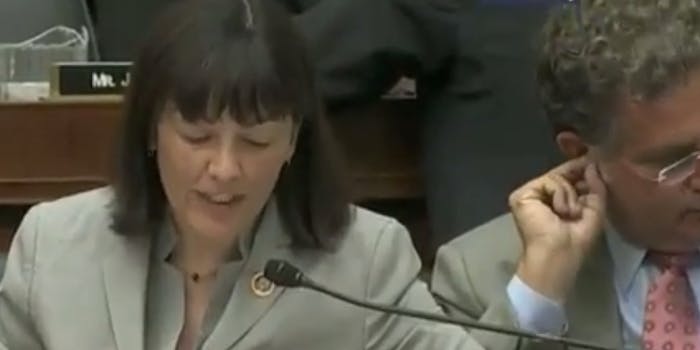 Who says C-SPAN is boring?

We’ve seen Congress do some pretty indefensible things in our time. They give themselves raises along with more vacation days, gut environmental law, and try to repeal legislation that enjoys broad public support. But the most heartless corruption pales in comparison to the sight of Rep. Joe García (D-Fla.) dislodging, examining, and finally nibbling some earwax on C-SPAN.

Don’t say we didn’t warn you.

This bombshell comes on the heels of news that the Democrat PAC Patriot Majority USA will spend $141,000 to defend García’s vulnerable seat in this year’s midterm election and thereby combat the “radical Tea Party agenda being pushed in Washington.” Unfortunately, that money will now have to go toward a series of hygiene PSAs. Hey, maybe the Q-tip people can chip in.