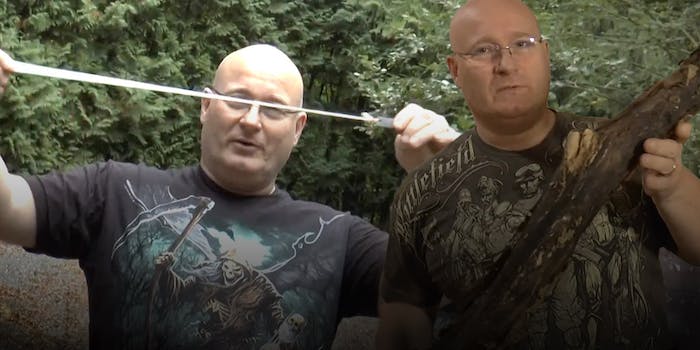 How to transform a condom into a deadly weapon

Warning: This article contains content that may be Not Safe For Work (NSFW).

Joerg Sprave, YouTube’s favorite catapult aficionado, has uploaded a new video showing how to transform the humble condom into a deadly projectile weapon.

A German social media campaign promoting sexual health is currently in full swing: “100 ways not to use a condom” aims to showcase some of the most creative ways you totally misuse the world’s most popular contraceptive device. At the behest of German channel Clixoom, Sprave got involved—producing a novel example of condom misuse that isn’t only dangerous to your sexual health—but is also quite literally deadly.

The campaign is organized by “Jugend Gegen Aids” (Youth Against AIDS), and is also promoted using the hashtag #100ways.

Play safe kids, and don’t try this at home.