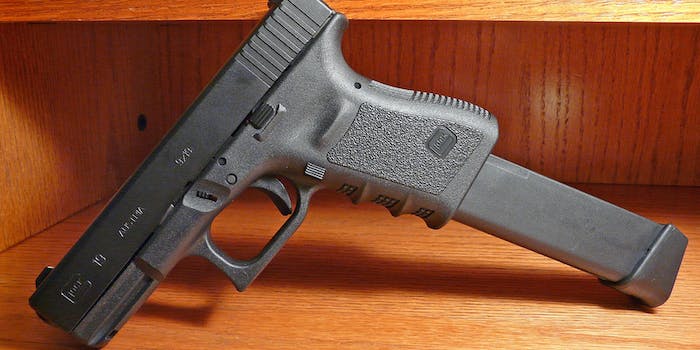 Dude, you're killing a Dell!

In the spirit of both Office Space and the Cosa Nostra, a Colorado man received a citation on Tuesday for punishing a disloyal computer with eight shots from a pistol in a back alley.

Lucas Hinch, of Colorado Springs, Colo., made his Dell XPS 410 computer pay the ultimate price for its betrayal. He took the malfunctioning computer out into a back alley—yes, this really happened—and shot it eight times with his new 9mm pistol.

A police blotter noted that Hinch, 37, was cited Tuesday for “discharging a firearm within city limits,” which is a misdemeanor offense.

Hinch told the Los Angeles Times that it was worth it to whack the troublesome CPU.

“It was glorious,” he said. “Angels sung on high. It was premeditated, oh, definitely. I made sure there wasn’t anything behind it and nothing to ricochet.”

Police reported that the computer had indeed been “effectively disabled.”

The Dell XPS 410 had recently subjected its owner to multiple occurrences of the infamous “blue screen of death,” though it evidently worked well enough for Hinch to purchase his murder weapon—which was confiscated by responding officers—on Craigslist.

The killing took place outside Hinch’s residence, which also houses the homeopathic herb store that he runs with his girlfriend, a detail that surely puts him in the running for “Least Chill Hippie Ever.”

Memorial services for the slain computer have yet to be announced.