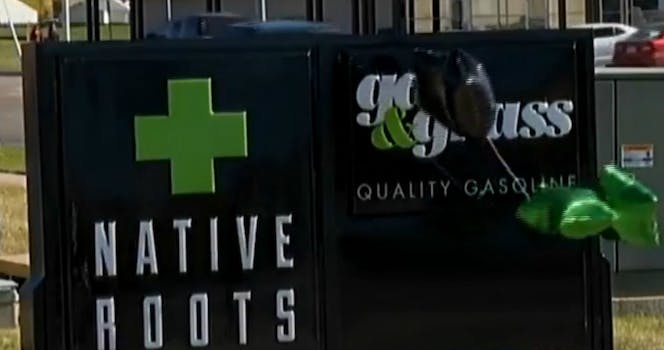 Colorado convenience store is the first to offer weed and gas

Naturally, it's called Gas and Grass.

Gas stations already sell beer, cigarettes, magazines (dirty and clean), and groceries. So what’s wrong with them selling you a little weed while you fill up your car?

The new Gas and Grass in Colorado Springs, Colorado, sees nothing wrong with it. The gas station, which sits next door to a marijuana dispensary, opened last weekend and is the first convenience store of its kind.

Marijuana shops in Colorado—which legalized the drug in 2012—can’t sell non-marijuana products, so the gas station and the weed store have different entrances. But because it’s all about synergy, the pot shop has learned from grocery stores that offer customers discounts on gas: People who buy marijuana at the Native Roots shop pay a reduced rate on their fuel.

In order to buy the marijuana, however, one has to have a license, because the shop only sells medical marijuana.

“It’s really just kind of pairing the convenience in one specific stop,” Native Roots spokesperson Tia Mattson told KOAA. “I believe we’ll have lottery tickets, beverages, cigarettes and similar things that you would pick up in a convenience store. … We definitely are leaders and we’re visionaries. It’s just one more thing for us to pair up the shopping and convenience of gas with a stop for somebody who is a patient, to knock off both errands at one time.”

Now you can buy pot and petrol in the same place—along with all the munchies you could ever want.