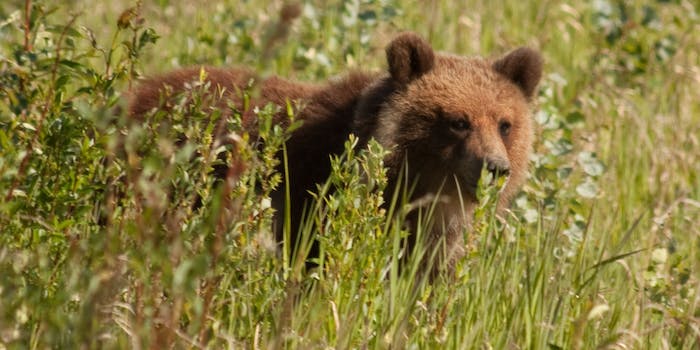 This little guy was too clever for his own good.

However much you hate your job, it’s probably not too often you have to help a bear cub out of a car after he somehow locked himself inside.

The Jefferson County Sheriff’s Office in Colorado noted as much in a recent Facebook post documenting just such a release, expressing bewilderment at how the little furball had become trapped: “[W]e can’t figure HOW an animal did what it did,” the office wrote. “No windows were broken. The door handles weren’t the kind you lift up. And yet somehow this medium-sized bear managed to open a door, crawl inside and close the door behind him.”

If the sheriffs read the Daily Dot, of course, they’d know that bears are getting better and better at opening car doors lately. Soon they’ll also be able to adjust the mirrors, start the ignition, parallel park, and drift.

So stay safe driving out there on those forest roads. You never know when you might T-bone a grizzly who doesn’t understand stop signs yet.