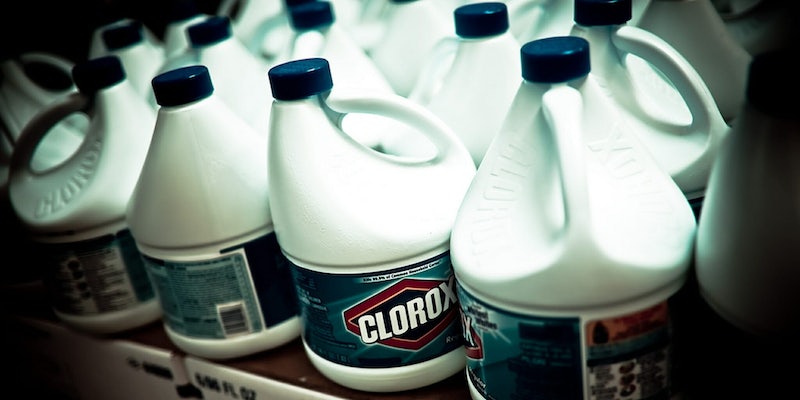 Clorox tries to clean up its racially charged emoji tweet

It'll take a lot more than bleach to clean up this mess.

On Wednesday, Apple finally made good on its promise to make emoji more racially diverse by releasing a slew of new ideograms with its latest iOS update. Eager to capitalize on all the fervor, brands cranked up their social media activity and churned out some corny tweets. But in its haste to seem cool, bleach brand Clorox landed in some very hot water.

The brand tweeted out an emoji collage on Wednesday evening that took the shape of its famous bleach bottle. The caption was on-brand but terribly tone-deaf: “New emojis are alright but where’s the bleach.”

Given that the new emoji were partly a response to what one might call too much “bleach,” the poorly worded sentiment struck a cord on social media. Clorox was soon inundated with complaints. People asked if the brand was implying that the skin tones of the new emoji should have been bleached white.

Go on ahead & get the intern to start on the apology tweet. RT @Clorox: New emojis are alright but where's the bleach http://t.co/uLee7csty9

Despite the criticism, Clorox left the tweet up for several hours before deleting it and tweeting an apology that tried to play off the original message’s uncomfortable, racially charged sentiment.

“Wish we could bleach away our last tweet,” Clorox said, explaining that it had been commenting on the dirty state of the toilet, bathtub, and wine glass emoji.

The only problem with this explanation? Those three emoji were nowhere to be found in their original mosaic.

In terms of brands failing at social media, it’s not the worst we’ve ever seen—but it’s certainly not great.