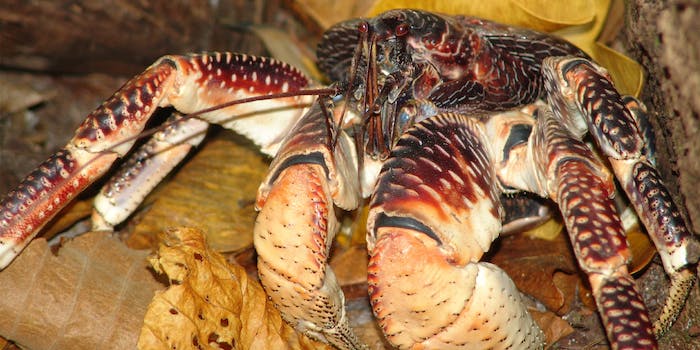 Most people hate clickbait. But can clickbait sometimes be good?

Although it does not negatively impact anyone’s life in tangible ways, people respond to clickbait with revulsion because it teases a story that fails to deliver on the promise of the headline.

“QUELLE HORREUR,” they exclaim at the prospect of having to use a slight finger motion to see something that, if they weren’t interested in seeing, would not have given them the initial impetus to click.

It’s silly. It’s true, most clickbait is bad and poorly done and leaves you wanting, but some clickbait can be extremely good and fun.

As unassailable* evidence, I present this tweet from the Austin-American Statesman.

These crabs can grow up to 3 feet, but did they eat Amelia Earhart? https://t.co/tFPWctJst0 pic.twitter.com/DgFNUXLobO

Well? It’s a damn good question. Did those big ass crabs eat Amelia Earhart? I don’t know. Do you know? Probably not. And now you want to know. Right?

The inherent metalness and awesomeness of this downright perfect tweet lit the internet up.

This, people, is how you write a headline https://t.co/Q5Mesh9gi6

This isn’t some wack, “13 tricks to make your Christmas the most Santa-tastic ever, and No. 9 will leave your man moaning in ecstasy.” No. This is online social journalism done right. The Statesmen should win a Pulitzer for this.

The problem is, the report comes down as “undecided” on the issue as to whether those crabs ate Amelia Earhart. It’s possible, they say, but there’s no real hard evidence for it. Sorry. It was some clickbait B.S.

But thank you for clicking this article!