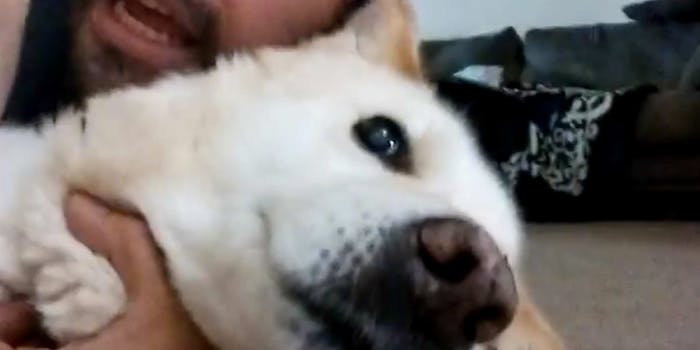 This guy reenacts cliché movie scenes with his dog

It's every war drama you've ever seen, only fuzzier.

That old adage about a dog being man’s best friend can sometimes be pretty literal. Who else would help you pick up the popcorn you dropped, or interrupt your homework for snuggles, or spin around in excited circles when you walk in the door?

Or, in the case of John Esquivel, who else would help him act out cliché movie scenes like this one uploaded to YouTube?

Of course, even better than this dramatic war reenactment between Esquivel and his dog were the special effects added to the scene by redditors who saw the video.

Here it is with sad music:

And with rain and war sounds:

And with some lens flare for explosions:

It’s enough to make you tear up a little. Maybe instead of sending the next summer block buster to some studio for post production, producers can just post it to Reddit.