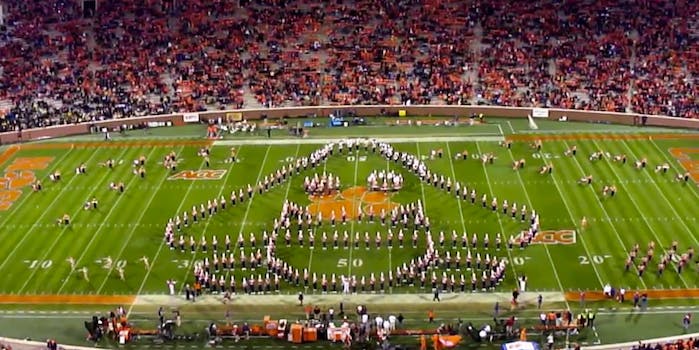 The Ohio State University marching band also tackled Mario and Zelda in their nine-minute performance, but the similarities end there.

The Clemson University Tiger Band may not be the “best damn band in the land,” but they can still strike the nostalgia chord pretty well.

During one of their recent home games, the Tiger Band took to the field for their halftime show and brought us back to the simpler days of video gaming with an impressive Nintendo tribute to Super Mario Brothers and The Legend of Zelda, complete with appropriate sound effects.

It’s easy to compare the performance to another marching band who recently did a nostalgia-filled video game tribute. The Ohio State University marching band also tackled Mario and Zelda in their nine-minute performance, but the similarities end there.

Known for their elaborate (and often viral) halftime shows, Ohio State put on a more involved show, but that doesn’t mean you can’t geek out over Clemson just as much. Really, any time a marching band puts something together this intricate that also manages to bring us back to our childhood is a win for everyone.

Give it enough time, and the Tiger Band just might be able to start giving Ohio State and rival Ohio University a run for their money on the field.