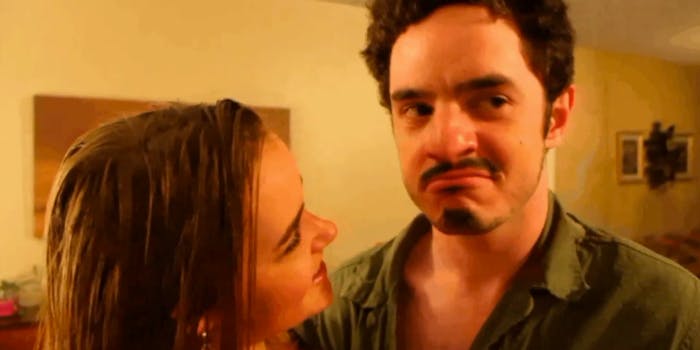 Everyone else in the class did a song.

Doing something out of the ordinary with your class project could pay off with more than just a grade.

TechSis had to prove that she could speak Spanish for an assignment, but instead of singing a song like the rest of her class, she decided to write and perform a scene right out of a Mexican soap opera.

It has just about every cliché you can think of. There are the husband and lover identical twins trope, outrageous plot twists accompanied by the appropriate music, exaggerated acting, blatant product placements, and even a unibrow. There’s even a hint of using an online translator in some of the dialogue, according to some native Spanish speakers.

But in spite of—or maybe because of—all of that combined, it works.

“I just didn’t want to sing a Selena song like the rest of the class,” she explained.

TechSis ended up getting an A for the assignment, making everyone else’s end-of-the-semester projects pale by comparison.