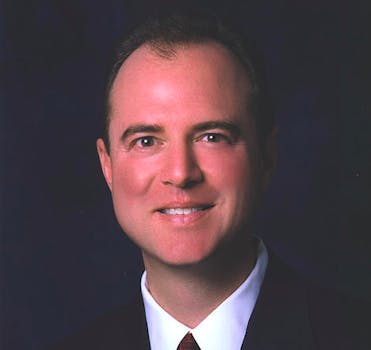 One congressman is trying to help protect your private information before CISPA goes up for a House vote, tentatively scheduled for April 15.

We don’t know how lawmakers are going to change the controversial Cyber Intelligence Security Protection Act (CISPA) next week. Like most of the House Intelligence Committee’s markup sessions, those negotiations will be closed to the public.

But we do know that at least one congressman is trying to help protect your private information before CISPA goes up for a House vote, tentatively scheduled for April 15.

Adam Schiff (D-Calif.), thinks there’s one easy fix that would make CISPA a lot more palatable to most Americans: create an automated means to cut out personal information before the government gets it.

CISPA is designed to make it easy for companies to share everything they know with the government if they’re being hacked. But privacy advocates abhor the bill, citing fears that this means your private information can easily end up in the government’s hands without consequence.

The bill, as it stands, is remarkably similar to the 2012 version that was approved by the House, but never passed the Senate. But it’s expected to be somewhat retooled, confidentially, in the next week.

“In most cases … it wouldn’t be necessary to share information with the government that includes personally identifiable information about private parties in order to alert them of a cyber threat,” Schiff told the Hill.

He wants to create “automated processes” that would strip users’ personal info before the government gets it. Companies would be required to make “reasonable efforts” to protect your privacy before handing material over.

CISPA’s authors think they’ve done enough to protect privacy. They note they’ve amended it already, making it so government agencies can only act on Americans’ personal info if they come across evidence of heinous crimes like pedophilia or intent to commit terrorism. And they cite the fact that when they originally drafted the bill, they’d spoken with privacy advocates like the American Civil Liberties Union (ACLU).

“True,” the ACLU’s Michelle Richardson countered. “But they didn’t fix [privacy issues] and we opposed [CISPA]. Still do.”