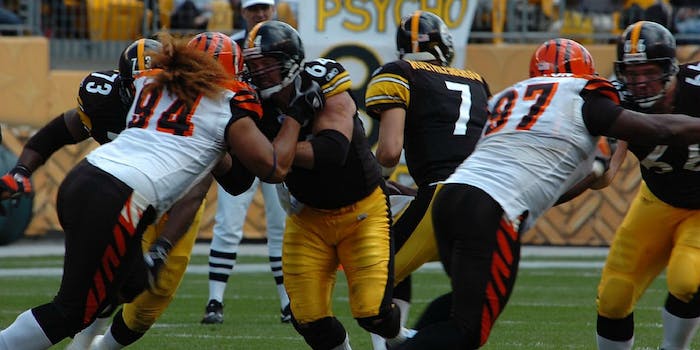 Bengals celebrate Steelers playoff loss with all the emojis

The Bengals and the Steelers have one of the bitterest rivalries in the NFL. In their three meetings this season, the contests have been marked by pre-game fights and numerous hits to the head that left players of both teams either unconscious, concussed, or both.

In fact, in their final two matchups of the season, a staggering $200,000 in fines were doled out to players and coaches of both teams because of their actions during those respective games.

It’s clear the Cincinnati players hadn’t gotten over their playoff loss to Pittsburgh earlier this month—a heartbreaking 18-16 loss that the Bengals, without two late-game unsportsmanlike penalties, probably would have won—and on Sunday, Cincinnati could finally rejoice in a Steelers loss and an end to their season.

And the Bengals celebrated Pittsburgh’s loss to the Broncos quite publicly, taking to social media and employing the use of emojis.

What goes around comes around #karma pic.twitter.com/P8lp9ERukT

All of which should lead to a new sports mantra in this day and age: If you can’t beat ’em, just make fun of ’em with emojis.

Photo via SteelCityHobbies/Flickr (CC BY 2.0)